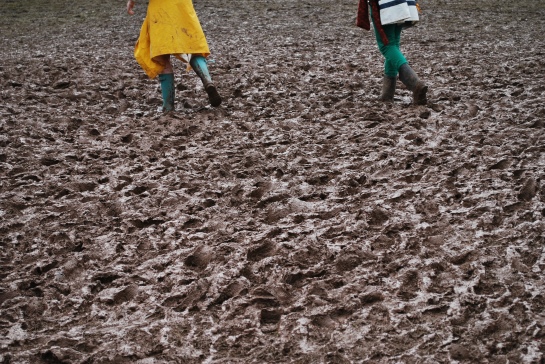 You can’t beat a muddy festival. Well, maybe you can, with a sunny festival, but a muddy festival is good for the soul. This was my second year at Green Man festival, a particularly chilled out and folky festival taking place near Abergavenny in Wales. The legacy of the 2011 installment lured revellers into a false sense of security, drawing us back with the promise of a similarly sun-soaked weekend spent lounging in the beautiful grounds of the Glanusk Estate. The weather-gods misled us.

As with many other fests which have taken place during this year of deluge, it was pig heaven. Yet as always the British ‘carry on’ spirit prevailed. We did indeed carry on, often in a Carry On fashion, squelching through the mud and eventually ditching the shoes in a show of welsh-weather solidarity. Not long after making this (in hindsight, unwise) decision, as the mud splurged unpleasantly in between my toe-digits, I became aware that this mud did not smell like your average garden mud. The distinct pungent fumes of horse excrement reached my nose just as it was explained to me that a horse fair had taken place on this very site a few short weeks ago. Despite, and sometimes thanks to, the mud, we had a wonderful if sometimes feral experience. We sang loudly and badly along to some great acts, danced our socks off in Chai Wallah’s and watched the Green Man burn in spectacular fashion on the last night of the festival.

On Monday the festival was over and 15,000 people began to embark on an awkward journey home, covered in stinking mud amongst trains full of stern commuters. As we pushed our belongings up the hill towards the car in a commandeered wheelbarrow, tractors raced back and forth anxiously, dragging many drowned live-in vehicles back out to solid ground. Luckily for us we were only heading to the Lodge which stands on the estate opposite where the Mountain Stage is usually placed.

My sister Denise – caterer, supper-club chef/owner, Britain’s Best Dish regional finalist and cake-maker extraordinaire – is contracted to cater for the crew during the put up and take down of the event. As a regular festival-goer this unusual insight was both surreal and fascinating. The crew of a festival are like worker bees and the festival their Queen; but generally as a punter you don’t even notice their presence. Once you have been enlightened to this it is as if they appear, suddenly visible, all around the site. The hard work and often vile toilet-related situations they have to face are rewarded on the Monday night after the festival, with a crew party (which is usually even messier than the festival).

After moving into the lodge we spent a week working 7am – 8pm cooking for between 20 – 70 people per meal. I managed to partake in more washing up than I had ever thought it possible to produce from a single domestic kitchen and had just enough time left for a beer around the camp fire in the evenings. 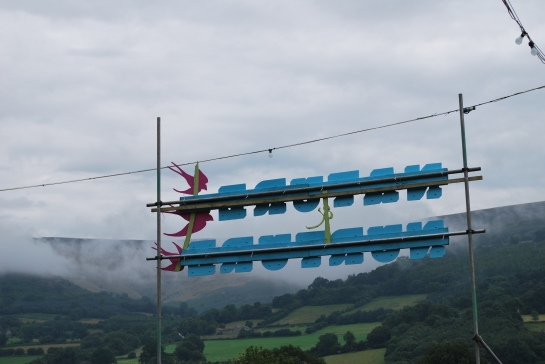 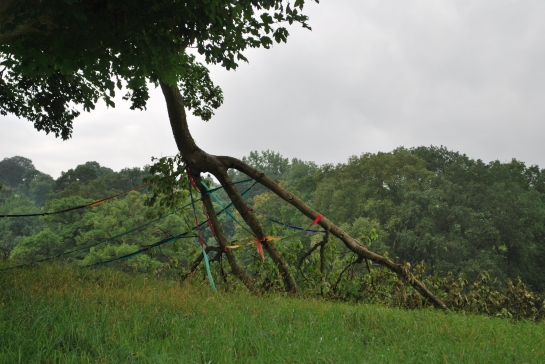 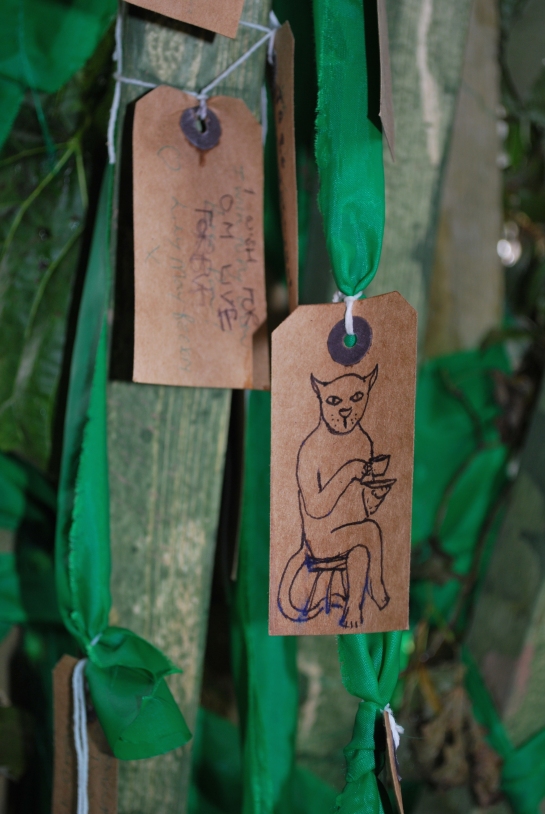 ‘Wishes’ tied up inside the Green Man 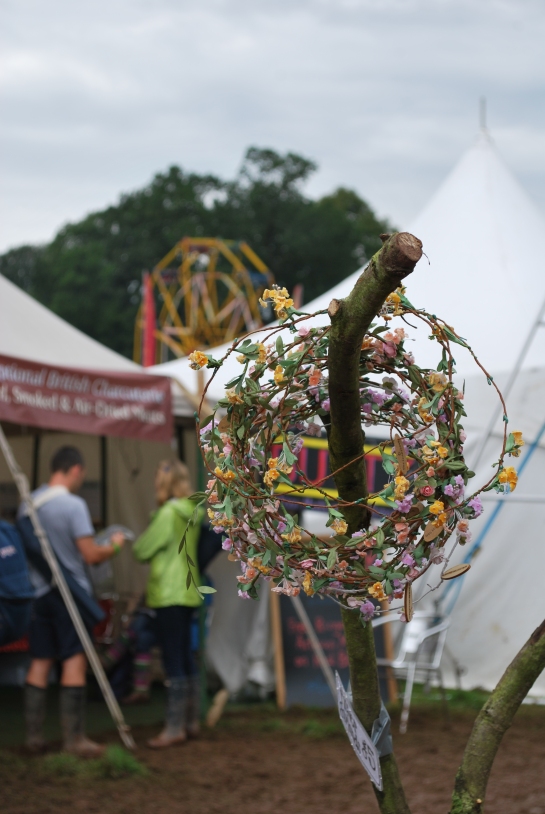 Sleep amidst the mud 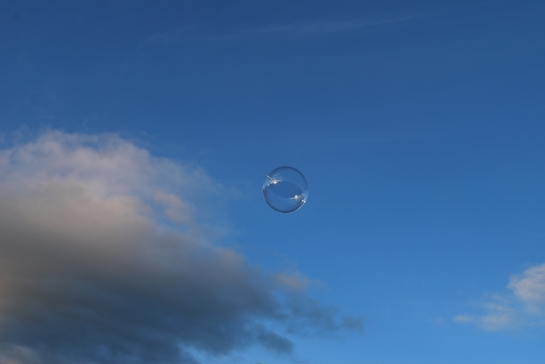 Nighttime in the walled garden